Well, I made it. (I assume if you’re reading this, you’re probably also interested enough to be following along with the Twitter updates, so this isn’t a huge surprise…) I figured I’d re-cap what happened on the day of the surgery, from my first-hand perspective.

Last Wednesday, as scheduled, we got to the hospital around 10:45am. We checked in with registration, and got handed something that looked very much like the buzzer you get when waiting for a table at a chain restaurant. After a ten-minute eternity of sitting around, the intake nurse came and took Laura and I back. I was given a hospital gown and a pair of ‘safety socks’ to change into, and a bag to throw everything else into. I got changed, and pretty quickly after that, we had a succession of different nurses come through the room, each doing their own specialized task. The first one was responsible for a task I had not anticipated: shaving the right side of my body. 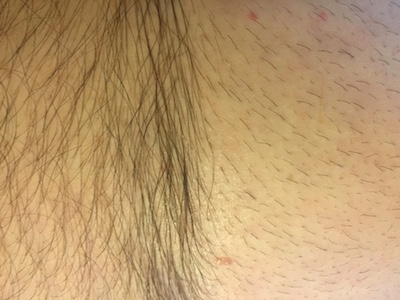 The other nurses had more stereotypical responsibilities: asking various questions, placing a couple of IVs in my left hand and lower arm, and so on. Once that was done, we went back to waiting. After a bit, they let my parents come back to the prep room too, and then … there were twice as many people sitting around waiting.

At this point, we had what could have been a total catastrophe: the bus depot called to tell us Ms12’s bus was waiting at our house and where was somebody to get her off the bus? It was her last day of school, and somehow got converted into a half-day without anybody giving us any sort of notification at all. Fortunately, since my parents were there, they were able to rush home to take care of her.

We eventually found out that previous surgeries were taking a little longer than expected, so we were waiting both for an available operating room and for my urologist and anesthesiologist to finish up their first surgeries of the day. Nothing quite makes time slow down like waiting to go under the knife, lemme tell you.

My urologist came by, and marked my right side with a Sharpie. I joked with her that I had thought about marking my left side with a big red ‘NO’ or an ‘X’, but then I started to worry that a big red ‘X’ would be the symbol they would use for the correct site. A little bit after she was on her way, Dr. Chen, the anesthesiologist stopped by and we had a quick chat. And not too long after that, we were off to the races.

I remember being wheeled into the operating room, and I distinctly remember the sense of surprise I had at how the room felt. I was expecting something sterile and vaguely high tech-ish. Instead, it felt more like the very clean woodshop of somebody who is extremely serious about their tools and craft. (I liked the actual room better than the one I expected to be in.) I also remember that I chatted with the people in the room a little. I remember sitting up so that they could place an epidural needle in my spine … and that’s about where things start to get fuzzy.

The next thing I remember is waking up in the recovery room. Sadly, my memory doesn’t include any particularly silly things I said while waking up, and none of the recovery room staff could remember specifics of what I had said. I laid in the recovery bay for a while, mostly out of it, and then the staff began the prep work to move me to my actual hospital room. At that point, I said, “I’m either getting hungry, or I’m nauseous.” - followed, a few minutes later, by, “Nope, I’m for sure nauseous.” That slowed the move down a bit, as they pumped me full of some anti-nausea drugs and figured out that my blood pressure was super low. Eventually that recovered, and I got wheeled over to my room.

Surprisingly, I got a private room - I hadn’t really thought about this at all in advance, but I’d been assuming I’d be sharing a room with somebody. It wasn’t anything I was going to complain about, that’s for sure. I was happy to be able to see Laura again. I think I slept a little more at that point. I was pretty determined to get out of bed the same day, so after Dr. Ganeshappa came by and okayed it, I gave it a shot. I got as far as sitting up, but then had another wave of light-headedness and nausea, and decided that maybe the next day was good enough for getting up. Sleep happened soon after that.

Five not-terribly-exciting days of hospital stay followed. I moved from only ice chips, to clear liquids, to a full diet. I worked up to progressively longer and longer walks. I took lots of naps, was given lots of drugs, and generally tried to be good natured about the whole thing, even when somebody was waking me up at 0300 to stick a needle in me.

We got the pathology report while I was still in the hospital, and I’m happy to say that this should be the end of this particular adventure: the mass they removed was a cancerous tumor, but it had not yet begun to spread. Having it removed was the only necessary treatment. I will be having yearly imaging follow-ups of the abdomen for the rest of my life, just to confirm something else hasn’t sprung up, but that’s a pretty small burden to bear.

I’ve been home for a little bit more than 48 hours now. Trying to settle back into a routine, hampered by the limitations of what my body still can’t do. Not quite stir-crazy yet, but I am getting to the point where I’m wishing I could push the “recovery montage” button and compress the next several weeks down into a 45 second burst of still shots and a driven soundtrack.

Please feel free to watch my Fitbit step count and yell at me on Twitter or Facebook or email if you don’t see a nice gradual increase in total steps there from day to day. I’ve got one more post-op follow-up appointment on Friday, to get the staples removed from the incision, and after that, I’m hoping the pace of the “back to normal” movement around here just continues to increase and we settle into a nice, quiet, drama-free summer.

Thanks again to everybody that helped out with this – Laura, my parents for coming out to help, all the doctors and nurses and other hospital staff, and last-but-not-least, all y’all, my Internet pals. Being able to share things and chat with people on Twitter and Facebook from my hospital bed was really an amazing thing, I think without that outlet, that stage of the process would have seemed so much worse. <3