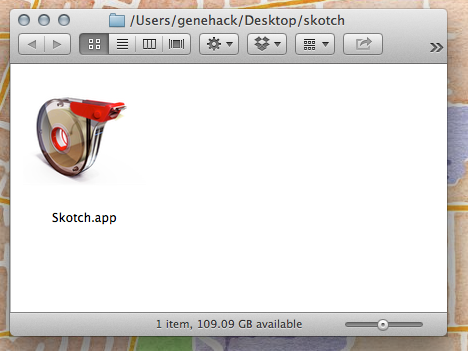 Like many, I haven’t been very pleased with the recent 2.x versions of Skitch. My main use for that app was to be able to right click an something – generally a screenshot – upload it to a remote server, and have the resulting URL put onto my clipboard so I could paste it into a chat channel or an email message. The new version doesn’t really support that workflow, and, further, the URLs have gotten incredibly ugly. Finally, while I use Evernote, I really don’t want my temporary scratch pastebin files getting imported into the same app where I keep stuff I want to annotate and search long term.

I realize I’m not alone in this position, as there’s been a moderate amount of grumbling on Twitter and in $WORK’s chat channels about the deficiencies of the new 2.x Skitch. Several replacements have been proposed, but none of them really had the ease of use I was looking for, and so one afternoon I finally broke down and wrote some Applescript. (I know, I know, I took a shower immediately afterwards.) Since I’m lazy, I’m really leveraging Sartak’s nopaste script to do all the hard work. I call the resulting conglomeration Skotch. (Insert your own “taped together” joke here.)

Skotch has two parts, an Applescript based app and a shell script that calls nopaste with the appropriate environment variables set. If you’d like to play with Skotch, grab the two pieces of code from this gist. Use ‘Applescript Editor’ to save the first code as ‘Skotch.app’ (and make sure to change the ‘File Format:’ dropdown to ‘Application’, and uncheck the two checkboxes). Use a plain text editor to save the second chunk of code as .skotch in your home directory. Modify the environment variables to match your path and server names, make sure you have the nopaste utility installed, and, finally, make sure you have SSH key-based auth working so you don’t get prompted for a password.

In order to get ‘Skotch.app’ to appear as an option in the ‘Open with…’ context menu, you need to modify the Contents/Info.plist file inside the application bundle. Add additional <string> sections inside the <key>CFBundleTypeExtensions</key> array (see here for background.) You may need to restart the Finder to get new entries to be recognized.