Still suffering from the cold. Elected to stay home from work and take things easy – also wanted to keep a bit of an eye on TheWife, who was still moving around like a gimp in the morning.

One reason for the port was to make it easier for me to add some features that I’ve been wanting (per-feed update intervals and the ability to save items in a ‘ticked’ state are at the top of the list). Another reason was to play around with the ultra-spiffy Class::DBI and SQLite; I’m going to be using them for a project at work, which means this qualifies as “research”. (I’m also thinking about ways to work those two topics into this summer’s BioPerl class, so I could tell myself that this was part of the prep work for that too…)

I’ve looked at the structure of the Feed On Feeds code before (and made some very minor tweaks to my local copy), so it was pretty easy to lay my stuff out in a similar fashion. (Jacking the JavaScript that handles marking individual items and letting the user change their state was probably the biggest time saver.) And of course, the combination of Class::DBI and Template Toolkit makes for some pretty rapid RAD, especially if you go with the XP-style “simplest thing that could work” method. Here’s a screen shot of how Feast On Feeds (that’s what I’m currently calling the project) looks so far: 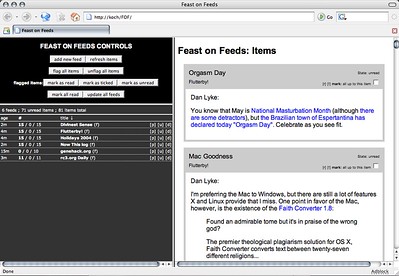 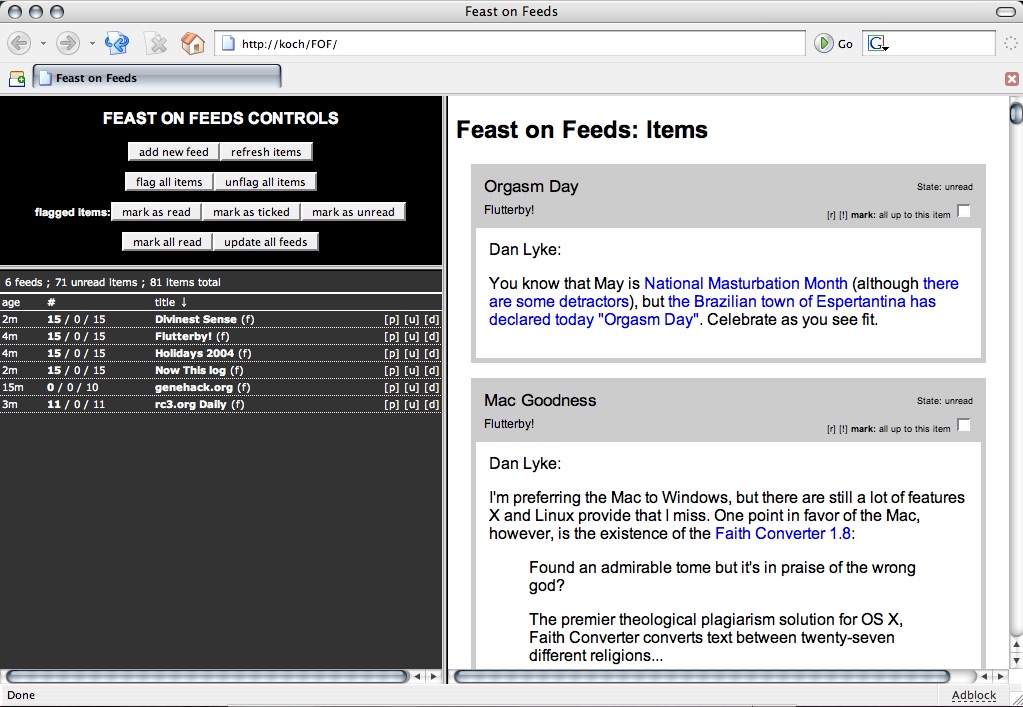 There’s still quite a bit of work to do before I would consider releasing anything, but if I implement importing of the OPML that’s exported by Feed On Feeds, I could be eating my own dogfood here pretty quickly.