Rolled out of bed around 8am or 8:30am or something like that. The coffee is ghod’s gift, but it’s not helping the sleep schedule at all. In a strange twist, TheChild sacked out until almost 10:30am – she’s having some sort of growth spurt or cutting teeth or becoming a teenager or something.

Turned out that all the munging I did with the old install on the Ultra10 was for nothing, because the disk ended up crapping out (that’s been happening a lot around here). Slapped a spare disk in and started over from scratch. Dealing with the install stretched over the whole day and into the night; I finally kicked off the penultimate phase right before heading to bed.

The other thing that consumed the whole day was continuing to work on the GTD pile. One of the things I’ve discovered is that I really wasn’t dealing with “project” type items the way that I should be – with an objective, some planning, etc. I was also tending to stick “small” projects in as single tasks, which isn’t the Right Thing at all. I’m correcting that as I put everything back into the system, which means that my project count is headed way, way up. I also have a bad habit of sticking blue-sky sorts of things in as tasks, when they should really go on a someday/maybe list. Cleaning those out is actually reducing my individual task count, despite the project count jump. It’ll be curious to see what the whole thing ends up looking like once I’m done.

TheWife pushed one long-term project through to completion this weekend: she hung our stained glass windows (with a bit of assist from Yours Truly): 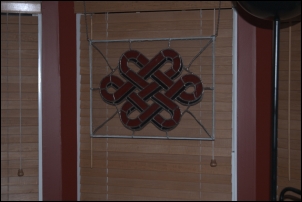 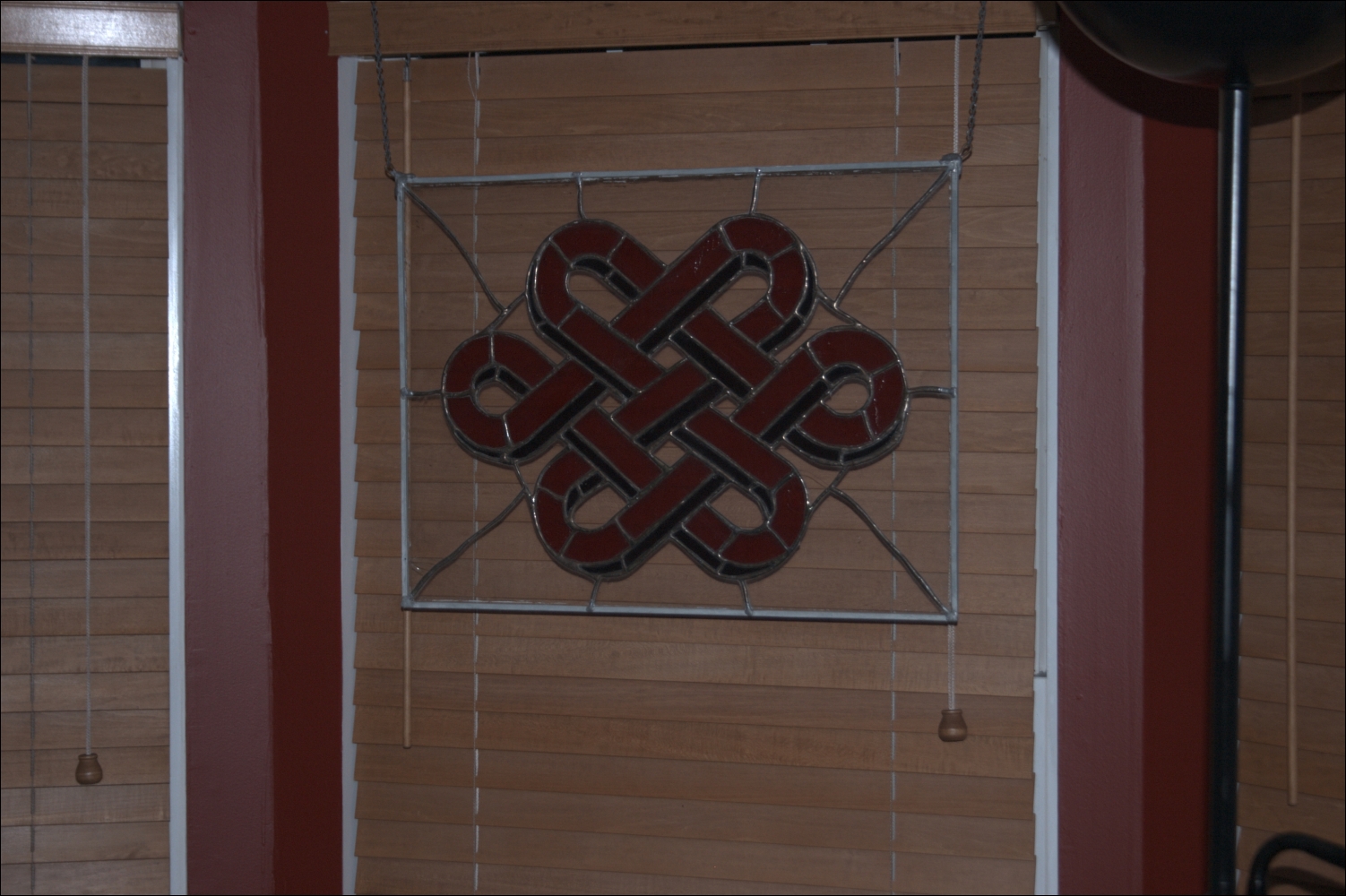 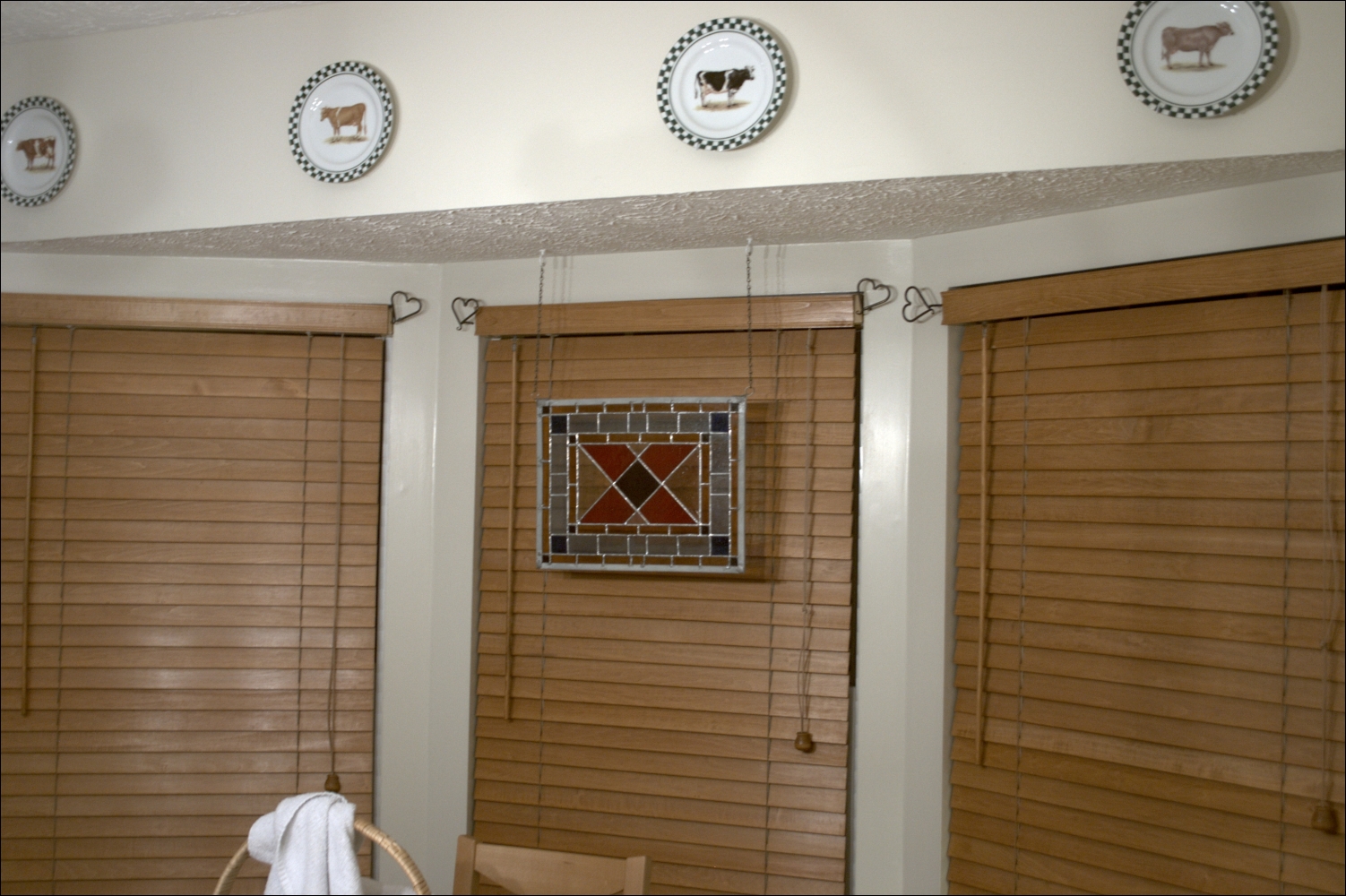 I’m quite excited to see how they look once we get a bit of sun through the windows behind them. Of course, it’s supposed to be cloudy for the next week, so that’ll have to wait for a bit.

Post-dinner (take-out pizza), TheChild got herded into bed a bit early, on account of her big day tomorrow (she’s starting at a new pre-school), and TheWife and I watched an episode of Homicide. We have been watching one or two or sometimes even three shows of an evening – once TheChild was sent to bed, we’d pretty much just couch out – but one of our joint resolutions is that we’d only watch one thing per evening, be it an episode of a show or a movie or whatever. That means it will take us a lot longer to get through our watching queue, but it also means we’ll have more time for projects, reading, listening to music, and maybe even exercise. We’ll see how it works out, I guess.

Post-television, I ploughed through a big pile of GTD things. I mostly abandoned trying to get it into electronic form, and concentrated on taking notes on projects and a few tasks for each, figuring I could do the data entry phase later. I also focused exclusively on the “home” half of the battle, figuring that I could deal with the “work” half at, well, work – where I return tomorrow. In light of that rather unfortunate reality, headed to bed relatively early – 12:30am – and tossed and turned for a bit before finally drifting off. Probably ought to quit having coffee at 9pm, despite how nice it is to curl up with a cup while watching some TV…